Shane C. Sidebottom is admitted to practice law in the State of Ohio and the Commonwealth of Kentucky.

As a member of the firm’s Litigation Group, Shane is an experienced and tested litigator. He has successfully litigated many complex and unique cases through the federal and state court process, including Kentucky Whistleblower actions, Labor and Employment disputes, Federal due process challenges, and business contract disputes.

While Shane has successfully tried cases for his clients before a Jury, he has excelled in reaching satisfactory resolutions in his clients’ cases before a trial is even needed. Over the last ten years, Shane has obtained some of the highest settlements on record in public employment cases throughout the Commonwealth of Kentucky.

Due to his consistent success in handling complex litigation, Shane has been listed annually as a Kentucky “Super Lawyer” for the previous seven years.

Shane provides exceptional mediation services in civil and family law cases. Shane obtained his certification as a General Civil Mediator and is listed on the Kentucky Administrative Office of the Court’s (AOC) roster of Court approved Mediators.

Shane spends a lot of time navigating cases through the court system, but he also provides additional legal services in a number of areas. Within the firm’s Family Law Group, Shane handles divorce and custody cases. Additionally, he is skilled with US immigration law, simple probate matters, and he represents several small businesses as needed.

Shane C. Sidebottom is a 1999 graduate of the Salmon P. Chase College of Law.

Prior to joining Ziegler & Schneider, Shane represented a local school board for twelve years and he still advises local government officials from time to time on legal issues that they face.

In 2009, the Kentucky Supreme Court appointed Shane as the 6th Judicial District Representative of the CLE Commission, where he served two terms (2009-2015). While on the CLE Commission, Shane was one of seven appointed attorneys responsible for rule making and regulation of all continuing legal education programs approved for attorneys licensed to practice law in the Commonwealth.

Shane is an active volunteer in the community and a leader in the State and Local Bar Associations.

In 2011, Shane was the inaugural recipient of the Northern Kentucky Bar Association’s (NKBA) “Volunteer of the Year” award.

In 2014, Shane was appointed by the KBA President as Chair of all CLE programs for the KBA Annual Convention. Shane was the chair of the NKBA’s Continuing Legal Education (CLE) Committee from 2004-2019.

Shane is a lifelong native of Northern Kentucky, having grown up in Villa Hills, and he currently resides in Hebron with his wife, Christina, and their two children. 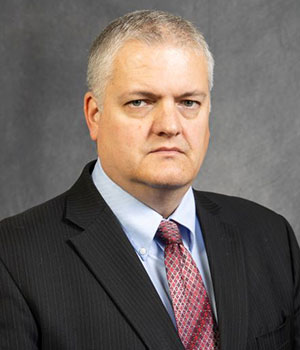 CAR WRECK-do I need an attorney?

By:  Jeff Blankenship If you have been injured in a car wreck, do you know how to answer these questions: • Do I have PIP coverage?• How much PIP coverage do I have?• Do I understand subrogation?•...

By:  Michael L. Baker According to CNN Business, American households are carrying record amounts of debt as we emerge from the Covid crises. People have been using their credit cards more often...

Whether to vaccinate your child; A Family court’s opinion—would this reasoning apply to the COVID vaccine?

By:  N. Jeffrey Blankenship Within the last few weeks, the Court of Appeals was confronted by the legal issue of choosing between two divorced joint custodians who had disagreed about having their...