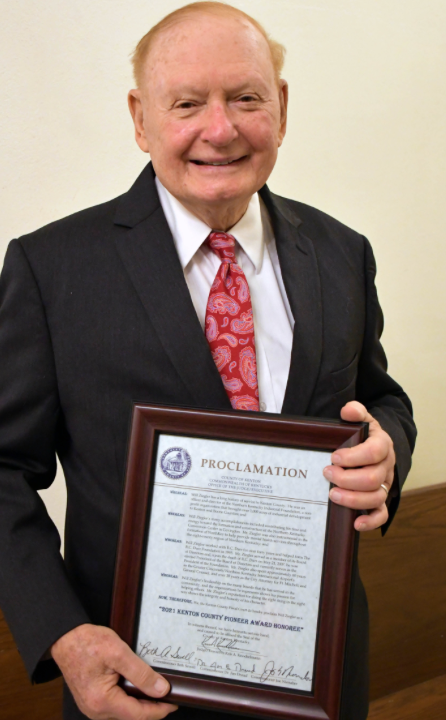 At its Fiscal Court meeting this week, Kenton County recognized 2021 Pioneer Award honoree Will Ziegler for his outstanding commitment to the community.

Ziegler worked with R.C. Durr for over 40 years and helped form The R.C. Durr Foundation in 1993. He served as a member of its Board of Directors and, upon the death of R.C. Durr on May 21, 2007, he was elected President of the Board of Directors and currently serves as the President of the Foundation. Ziegler also spent approximately 60 years as the Greater Cincinnati/Northern Kentucky International Airport’s General Counsel and over 20 years as the City Attorney for Ft. Mitchell.

He was an officer and director of the Northern Kentucky Industrial Foundation, a non-profit organization that brought over 1,000 acres of industrial development to Kenton and Boone Counties.

Will Ziegler’s leadership on the many boards he has served in the community and the organizations he represents shows his passion for helping others.

©2023 Ziegler & Schneider, P.S.C. All Rights Reserved. THIS IS AN ADVERTISEMENT